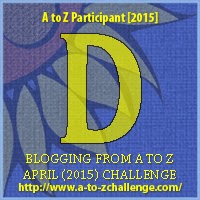 I fell behind.  But today is Sunday, an off day for us, so I am going to catch up now.  I       hope I can keep up from now on.  I hate being tardy.  Today’s topic is a sad one, but it is important to raise awareness for all of those children who suffer from this syndrome.  The name of it is Diencephalic Syndrome.  There is another name, Russell’s Syndrome for Dr. Russell  when he first described the syndrome in 1951.  It is considered a rare disorder of children with only about a few hundred mentioned in medical literature.

The first symptom that is noticed from 6 to 12 months (but possibly as late as 2 to 3 years) is extreme loss of weight to the point that almost all body fat is lost, appearing emaciated.  When this happens, it is called’ Failure to Thrive,‘ a term usually used when speaking of infants.  When parents are asked, they refer to the child’s appetite and food intake as ‘normal’ despite their inability to gain weight.  The infant’s height, growth rate and head circumference tend to be within normal limits.  It has been noted that, though they remain emaciated, these children have normal to higher than normal intelligence.  They are rarely behind in developmental milestones and are happy and social children.  As time goes on, the parents may begin to notice that the child is vomiting and experiencing abnormal muscular activity/hyperactivity called, ‘Hyperkinesia.’  It is also not unusual to notice the baby’s skin becoming pale, eye movements twitching abnormally (Nystagmus), and possibly hyperalertness.

Most of the symptoms experienced by the child with diencephalic syndrome are due to a tumor on the hypothalamus and nearby parts of the brain. Diencephalic Syndrome is uncommon and is often an overlooked cause of failure to thrive.  It has been noted that all children presenting with severe failure to thrive along with continued normal height growth rate, must be considered to have Central Nervous System (CNS) tumors and tested with an MRI (preferred) or CT.  The Growth Hormone (GH)  level, when tested, is usually elevated indicating possible acquired partial GH resistance.

The ideal treatment of DS would be to remove the tumor to relieve the pressure from the hypothalamus to alleviate the symptoms.  This would most likely be impossible because it is so deep with in the brain and would damage other areas of the brain.  Radiation is a possibility to eliminate the tumor, but that would also damage important parts of the brain.  Then there is Chemotherapy (strong medications used to kill abnormal cells like those of the tumor).  Preliminary reports show the this could help children with DS gain weight without causing negative side effects.  It seems that it also minimizes the need for additional types of treatment.  These children must always be monitored by a knowledgable medical team of physicians including an oncologist because the hypothalamic tumor has high metastatic potential.

The prognosis is poor for those children that do not have any treatment, usually surviving 1 to 2 years after diagnosis.  But if the child is being monitored carefully and does not have serious side effects from surgery, radiation or chemotherapy, then they have a chance for a normal life.

The playground
AS I LIVE & BREATHE